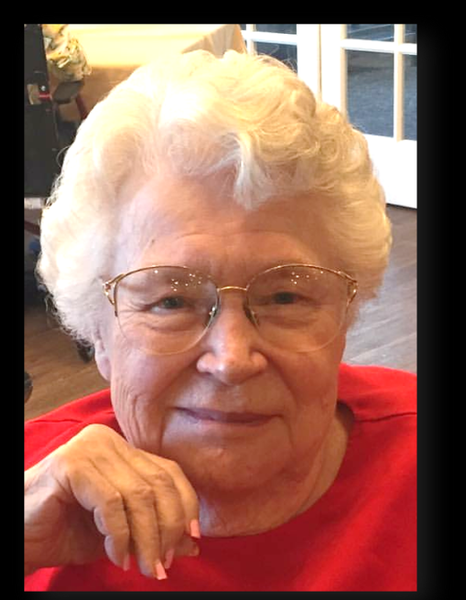 Barbara Jeanne Hatch Furse, 85 passed away peacefully on May 3, 2017 in Draper, Utah. She was born into a large family and was the eighth of eleven children on September 19, 1931 in Centerville, Utah to Spencer and Edith Fearnley Hatch.  She grew up playing and working on their small family farm. Barbara enjoyed climbing trees and playing “mostly boy games” with her brothers along with attending to family chores. Barbara learned to work hard from her parents helping to care for the house and farm including her father’s love for horses.

Barbara developed a firm testimony of the Gospel of Jesus Christ in her youth as a member of the Church of Jesus Christ of Latter-day Saints. Her mother Edith was a gifted teacher and taught Barbara while she sat at her mother’s feet. Those occasions provided opportunities for her mother to plant seeds of faith. Those seeds sprouted as Barbara’s faith in the Grace and Atonement of Jesus Christ grew which sustained her countless times throughout her life. Her mother Edith was her shining star and proved to establish for her a foundation for which she stood firmly upon all her mortal life.

Barbara had many friends in Centerville while attending school, eventually graduating from Davis High School in Kaysville, Utah. She was proud to be a Davis Dart and especially pleased to have older and younger brothers attend school with her and serve as her protectors. Barbara loved high school participating in many activities including Pep Club, Student Council, Honor Roll, School Newspaper and as a Vice-President in the High School Ski Club. She enjoyed skiing almost every Saturday during the winter with other Ski Club members. In addition, Barbara participated in several school plays and received a superior rating in a Poetry Contest held on the campus of Utah State College in Logan, Utah.

Finding time in her busy life, Barbara began working at the nearby Lagoon Amusement Park, taking tickets for the Roller Coaster. It was there that she met Kenneth James Raleigh. The two began dating while in high school and were married after her graduation in August of 1949. Ken was enlisted in the Air Force and was stationed in Hawaii where they began their life together. Within a year, they were sealed In the Hawaiian, LDS Temple. Their lives were blessed in September of 1950 with the birth of their first child, Kenneth James Raleigh Jr. One year later Kathryn Leilani was born followed in time by Debra Ann, Michael Hatch, Stephen Aaron and Christian David Raleigh. Through the years, the Air Force and other vocations moved their family to Montana, Washington, Utah and California. Though Barbara and Ken enjoyed happiness with their children, alcohol addiction took a severe toll and was responsible for ending their marriage after 13 years.

Barbara moved back to Utah from California with the help of her brother Spencer where she began anew with six little children in tow. Within a few years, she met Grant Saunders Furse from West Jordan, Utah and the two found renewed joy in each other’s love. They were married on June 22, 1964 and shortly thereafter sealed in the Salt Lake Temple. Barbara wrote that she loved Grant with all her heart. Their love soon produced a beautiful baby boy, Jeffrey Troy Furse born on his big sister Kathy’s birthday, September 3, 1967.

Barbara’s greatest accomplishment was her marriage to Grant and the raising of their seven children, thirty-three grandchildren and fifty-eight great-grandchildren. She supported her husband in his many church callings along with serving her children tirelessly in every facet of life, always with remarkable patience and love. She never missed an opportunity to express and confirm her enduring love to each family member. When considering her deep love for her children, Barbara wrote, “I love my family so very much, they are the jewels in my crown.” The Grace of Jesus Christ blessed Barbara’s posterity with immense joy which sprang forth from the adversity of her first marriage and the pre-mature death of both of her daughters, Kathy and Debby. Barbara’s life serves as an example that persistence and faith in Jesus Christ brings forth glorious blessings.

Barbara’s strong faith in Jesus Christ allowed her to serve in various church callings which she deeply loved including serving as Ward Young Women’s President, Ward Relief Society President, Stake Relief Society Presidency member and as a Jordan River Temple Worker. Along with her husband Grant, she served a two-year mission as Directors of the Mormon Battalion Visitor’s Center in San Diego, California.

Her service did not end there but spread throughout the community serving as a PTA President for both Mountview Elementary and Brighton High School during her children’s time at those schools. Her years of dedicated service to both church and community has blessed countless lives including her posterity who have observed and mirrored her tireless service to others. Barbara knew that love was best served with a warm tray of her famous brownies or freshly baked bread which she shared often. She embraced the truth that in serving others, she was serving God.

Barbara and Grant grew old together and cherished that time. Her saddest day was her Eternal Companion Grant’s passing on November 4, 2013. Their headstone reads “Sweethearts Forever.” In the intervening years since her husband’s death, many have witnessed her beautiful example of “enduring well” to the end. In one of her last messages to family Barbara said, “We are so blessed, aren’t we?”

The world has been made better because of the life of Barbara Furse. May we all learn from her faith filled example to be counted in a select group that the scriptures describe as “certain women” who remarkably espoused the teachings of Jesus Christ and chose to follow Him. She is His disciple and the daughter of a loving Father in Heaven and will forever be counted worthy to stand on the right hand of the Father and the Son crowned with glory.

Barbara was preceded in death by her parents Spencer and Edith Hatch; husband Grant S. Furse, daughters Kathryn Moncur and Debra Forsyth along with five brothers, three sisters and four grandchildren. Barbara and Grant Furse were blessed with seven children, 33 grandchildren and 58 great-grandchildren.

To order memorial trees or send flowers to the family in memory of Barbara Furse, please visit our flower store.