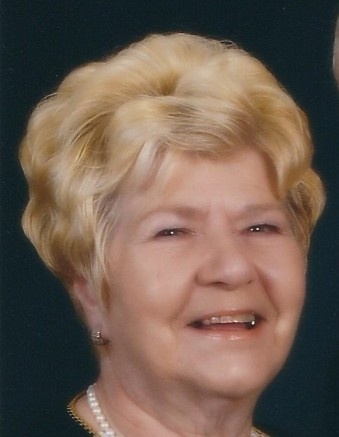 Annelies Erna Nitschka Perkins, beloved wife, mother, oma, sister and friend, passed away unexpectedly on Saturday, September 8, 2018 at the hospital in Murray, Utah knowing she was loved and cherished.

She was born on October 30, 1942 in Breslau, Germany during the war. Annelies said she remembered the family rushing into a bomb shelter at the end of 1944, when she was only 2 years old, to hide from the fighting in the city. In January 1945, the entire German population was expelled from Breslau by the Russian army. She said her father only had time to grab some clothing, important papers, genealogy and photos. The family was loaded onto train cars and taken out into the middle of nowhere and left to fend for themselves. Her father had been in contact with an LDS family who had already moved to the small village of Dambach, Germany. They offered to help them if they could make their way to Dambach. The family walked a very long distance in the middle of winter to their new home.

She remembered the whole family, her parents and 2 brothers, living in a small, single room above a bakery. The baker often gave them hot water and leftover bread. She said they had to leave the building and cross the street to use a public outhouse. She also remembered that the farmers would allow them to pickup leftover vegetables after the harvest. After the war, the family was able to get housing in Fuerth, Germany that was built by the new German government.

Their small two-bedroom apartment was a busy place. Family and friends from their old home would often drop by and stay with them while visiting. Her father frequently invited the missionaries over for dinner. And, they had many gatherings with extended family on holidays and other special occasions. Her mother and father were very loving and caring parents who taught their children the value of hard work and service to others. Her mother taught her proper manners and etiquette, which she also passed on to her own children. Her mother also taught her how to cook many traditional German dishes. She said the recipes were handed down from mother to daughter for many generations.

At the age of 12, she left Germany and traveled alone by train to Norway as a foreign exchange student, where she lived with a wonderful family. The family didn’t know German and they helped her learn Norwegian. She also learned how to ski and loved to ski across the countryside.

In June of 1965, at the age of 23, she immigrated to the United States. She flew by herself to New York City and then took the Greyhound bus from New York to Salt Lake City. Her Uncle Willie and Aunt Kate, who had immigrated during the war, sponsored her. They treated her like their own daughter and helped her get settled into her new home in America.

In 1972 she met her lifelong love, Garren, and they were married in the Salt Lake Temple. She was immediately mother to four energetic boys ranging from age 2 to 9. A short while later she gave birth to her daughter, Lisa. She was always involved with her children; volunteering with the PTA, teaching primary and assisting with church youth activities.

In 1973, she became a US citizen. She was always honored to be a citizen. She had a unique perspective on freedom from her early life experiences in Germany and her contact with family that was separated in Eastern Europe. She spoke often about the blessings we have as citizens and was very proud to be an American.

She was also very proud of the time she spent volunteering for the 1985 Special Olympics to provide translation support for the Austrian Special Olympics Team. During this event, she met Arnold Schwarzenegger. She had several good conversations with him about Germany and Austria and had her photo taken with him. During the 2002 Winter Olympics, she volunteered at the German House to provide translations and other services.

She was also very involved in the Oktoberfest celebration that is held yearly in Snowbird, Utah. She always attended wearing her German dress (Dirndel). She loved attending and socializing with the German community. She received special attention for her activities and was invited to join the organizers in their gatherings.

She loved gardening, cooking and entertaining. She enjoyed visiting and talking with neighbors, family and friends and helping them with anything they needed. She was very hard working and dedicated to serving others. She always volunteered to help with arrangements, cooking and cleanup at any church or community activity. She was always available to take her mother in-law, her aunt and uncle and neighbors to the doctor when needed. And she frequently cooked meals for others. She was known in her family, church and the German community for her excellent German food, her willingness to help and her loving support for anyone in need.

She was very spiritual and active in the LDS church and served as relief society president, librarian and many other callings. She organized and helped plan church services for a lot of funerals, weddings and similar events. Her favorite calling was as a temple ordinance worker with her husband in the Jordan River Temple.

To order memorial trees or send flowers to the family in memory of Annelies Perkins, please visit our flower store.