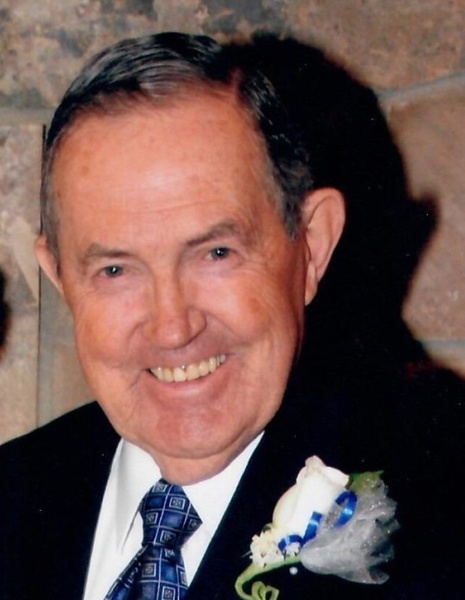 
Alexander “Sandy” R. Eardley
Sandy passed away on March 18, 2019 at his home in Taylorsville, Utah.
He was born in Hiawatha Utah on July 22, 1930 to Alexander R Eardley Sr. and Mary Milbrey Kyle Eardley and grew up in Hiawatha Utah.
He married Shirley Ann West in the LDS Temple on February 5, 1953. After the passing of his wife Shirley, he married Mabel Elizabeth Graham on July 27 2002.
Sandy spent many hours doing what he loved, fishing and hunting with family and friends.
He is survived by his daughter Sandra Wallace, two son’s Scott and Shawn Eardley, grandchildren and great grandchildren. He was preceded in death by his wife Shirley Eardley, his second wife Mabel Eardley and daughter Sherrie Salee.
Funeral services will be held at 12:00 p.m. Monday March 25th, 2019 at the LDS Chapel, 1495 W Tamarack (4630 S.), Taylorsville, Utah. There will be a viewing prior from 11:00 a.m. to 12:00 p.m.

To order memorial trees or send flowers to the family in memory of Alexander "Sandy" Eardley, please visit our flower store.