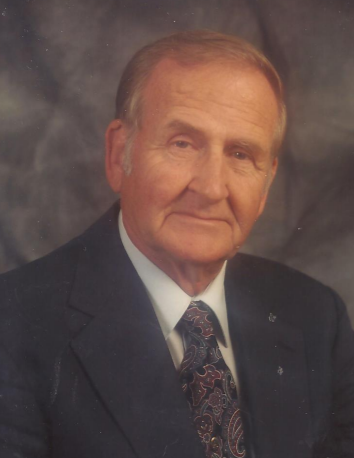 Adam worked building rockets at Hercules in the 60s, in the 70s and 80s he worked as a funeral planner, and a Grocery store manager. In the 90s he was in Real Estate. He retired when he moved to Bountiful in 2005.

He loved to take his little fishing boat out to Quail lake. He rarely brought back any fish, he really just liked to be on the water in the quiet. When we went camping at Kolob reservoir he said it was heaven.

He loved waffle sticks and pb&j’s, otherwise he was a pretty picky eater. His favorite show was “A White Christmas”. He watched that movie everyday. He loved to go for car rides. He couldn’t sleep in a car, but he could sleep all day in a chair. His favorite thing to do was to sit on the front porch in the sun and watch the birds and neighbors. He loved animals, he giggled like a five year old when all six puppies came flooding into the dining room. He had to pet each one.

Gramps had a resting grumpy face, but he would always smile back at you and give you the pistol sign. Every time someone said “You’re looking good” he’d say “If I had a nickel I’d give it to you.”

To order memorial trees or send flowers to the family in memory of Adam Franchow, please visit our flower store.

Services are to be announced